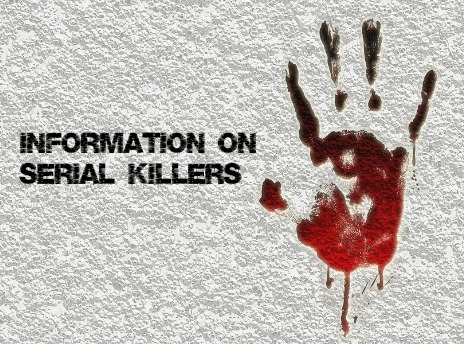 The Information on serial killers section of the All About Forensic Psychology website forms part of a wider initiative to make important, insightful and engaging psychology publications widely available.

This particular Kindle collection consists primarily of the landmark articles written by members of the Behavioral Science Units, National Center for the Analysis of Violent Crime, at the FBI Academy. These groundbreaking publications in the history of FBI profiling were released by the U.S. Department of Justice as part of the information on serial killers provided by the FBI's Training Division.

The history of criminal profiling.

The profiling of murderers.

A Criminal Investigative Analysis of Jack The Ripper

Originally published in 1988, this previously classified FBI dossier documents the criminal investigative analysis prepared by criminal profiling pioneer John Douglas; who at the time of writing was a special agent at the FBI National Center for the Analysis of Violent Crime (NCAVC).

In presenting his analysis of the infamous Jack The Ripper serial murder case, Douglas addressed a number of key areas, these included:

Articles From Interviews With 36 Sexual Murderers

Presenting two landmark articles written by members of the Behavioral Science Units, National Center for the Analysis of Violent Crime which arose from the interviews conducted by FBI Special Agents with incarcerated sexual murderers. A sub-sample of 36 sexual murderers were selected for analysis with the aim of fostering an understanding of some of the dynamics behind sexually deviant behavior and to develop further information for profiling such murders.

The Men Who Murdered

The first article presents a series of general statements regarding what the FBI Special Agents learned about the 36 sexual murderers in relation to such things as; background characteristics, family background, attitudes and beliefs.

The Split Reality of Homicide

The second article presents the thoughts and beliefs articulated by the murderers themselves. The structure of conscious motives for murder is discussed, as is what happens when the fantasy of murder is played out through its various phases. By presenting an interpretation of the fantasy's importance to the serial killer, the article seeks to suggest perspectives for law enforcement on the investigation of sexual homicide.

In 2005 the FBI’s National Center for the Analysis of Violent Crime, Behavioral Analysis Unit hosted a 5 day symposium on serial murder. The goal of the Symposium was to bring together a group of respected experts on serial murder from a variety of fields and specialties, to identify the commonalities of knowledge regarding serial murder.

This invaluable publication is based on the input and discussion of the attendees on the major issues related to serial murder. The contents are based upon the notes taken during the presentations, panel discussions, and break-out group sessions. These were:

Causality and the Serial Murderer

Motivations and Types of Serial Murder

A Psychological Assessment of Crime Profiling

A Psychological Assessment of Crime Profiling is one of a series of landmark articles written by members of the Behavioral Science Units, National Center for the Analysis of Violent Crime, at the FBI Academy.

Go From Information on Serial Killers Back To The Home Page