Bullying, violence, intimidation and suicide – why it’s time to rediscover dignity in prisons 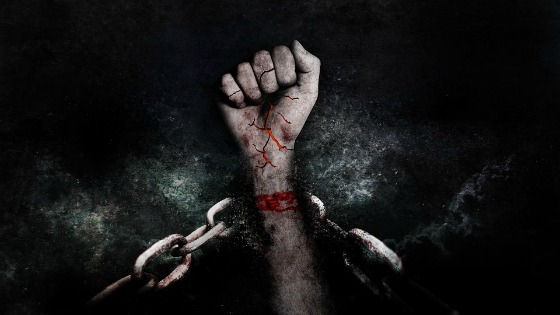 The huge increase in suicides in prison, along with violence and instances of poor care, demonstrate the sorry state of modern prisons today. The latest 2013-14 annual report from the chief inspector of prisons for England and Wales makes for depressing reading. And it provides clear evidence that Chris Grayling, the minister for justice, is ignoring fundamental problems in the prisons system.

Over the summer Grayling denied that a combination of overcrowding and reduction in staff numbers was putting prisoners and officers at risk. But prison chief Nick Hardwick’s report showed there was a 69% rise in suicides in a prison in 2013-14. He described it as “the most unacceptable feature” of a prison system which is experiencing a “rapid deterioration” in safety standards.

Behind this headline figure, the report paints a portrait of prisons where bullying, violence – including sexual violence – and intimidation are commonplace. The report also indicates that drugs are widely available while there is often little constructive activity for prisoners in overcrowded institutions. Herbert said:

At its worst, overcrowding meant two prisoners sharing a six foot by ten foot cell designed for one, with bunks along one wall, a table and chair for one, some shelves, a small TV, an unscreened toilet at the foot of the bunks, little ventilation and a sheet as a makeshift curtain.

A few prisoners might spend 23 hours a day in such a cell. Twenty hours was relatively common in a local prison. Prisoners would eat most of their meals in their cell. The food budget was reduced from £2.20 per prisoner per day in 2012 to £1.96 a day in 2013.


In such an environment, it is hardly surprising that prison has largely ceased to have any rehabilitative function – surely the point of a modern prison system. This comes at a huge financial and social cost.


In this current environment, it is difficult to feel overly optimistic about the development of penal policy. Grayling is clearly committed to a “prison works” outlook. And all the major parties in England seem largely committed to a very similar approach; one of New Labour’s key strategies was not to be seen as weak on law and order as they viewed this as a vote loser. In all probability, these issues will be very much overshadowed in the election campaign by questions relating to UK membership of the European Union.

And in this rather gloomy political space, two recent publications offer a possible route out of the cycle of custody overuse and deteriorating conditions in the prison system: Mass Incarceration on Trial, a book by US law professor Jonathan Simon, on the future of prisons in America, and A Presumption against Imprisonment, a British Academy report from a very distinguished group of UK academics and penal thinkers.

In his book, Simon examines the impact of a series of legal cases involving prisoners suing federal authorities on the basis of that prison conditions breached constitutional rights. It might seem counter-intuitive to look to the US system for guidance but the US has led the way in the expansion of the use of imprisonment. For example, in the early 1970s the state of California had one of the most progressive penal systems in the world. Since that time the numbers in jails have risen by more than 500% – driven by the war on drugs and a wider fear of crime.

Simon is not simply a leading criminological thinker, he is a public intellectual writing with strong moral imperative to highlight the damage that imprisonment does to individuals and communities. He uses the legal case of Brown v Plata, in which a group of prisoners sued the state of California. Lawyers for the prisoners successfully argued that the state’s penal policies had led to overcrowding (prisons designed to hold around 80,000 had almost double that at the time of the decision in 2011) and therefore inadequate healthcare. Justice Kennedy, the lower court judge in the case, was so appalled by the conditions that he included photographs in the Supreme Court judgement.


These included examples of overcrowding but also the use “dry cells” essentially cages used as holding cells for people waiting for mental health treatment.

Similar themes are outlined in the Presumption against Imprisonment report. The foreword to the report is written by Lord Woolf, who chaired the inquiry into the Strangeways riot and subsequent disorder in prisons in England and Wales in 1990. It is striking that the numbers in prison have virtually doubled since that point. As Woolf argues:


Imprisonment should not be the default sentence handed down. We should instead seek to develop a clear framework for identifying the kinds of case in which imprisonment will be the appropriate sentence.


The thrust of the report is that imprisonment is damaging not just to individuals but also, families, communities and the wider society. If the role of prison is to prevent re-offending then it fails on its own terms.


The conditions that the chief inspector’s report outlines need to be urgently addressed. These conditions will persist if we do not overcome our addiction to the use of imprisonment. The British Academy report outlines a plan of action to do this. It recommends using diversion from the courts more extensively; promoting greater use of alternative forms of sentence; prohibiting or restricting the imposition of short custodial sentences; removing or restricting the sanction of imprisonment for certain offences; reviewing sentence lengths; and removing mentally disordered and addicted persons from prisons.

All these can be done without endangering community safety. In his judgement in Brown v Plata Justice Kennedy concluded that “prisoners retain the essence of human dignity … A prison that deprives prisoners of basic sustenance, including adequate medical care, is incompatible with the concept of human dignity and has no place in a civilised society.”

To reform the prison system we need to rediscover this notion of dignity and develop policies based on it.