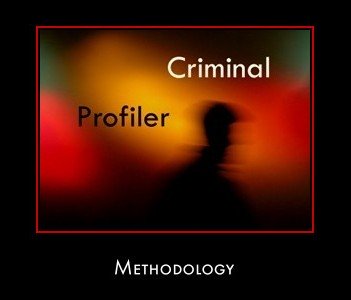 In the second part of this criminal profiling series we established that the primary aim of criminal profiling is to reveal the behavioral make-up of an unknown offender. In part 3, we are going to take a look at how proponents of profiling believe this is possible, and to do this we need to examine the concept of signature behavior.

Signature behaviors are those acts committed by an offender that are not necessary to complete the offense. Their convergence can be used to suggest an offender’s psychological or emotional needs (signature aspect). They are best understood as a reflection of the underlying personality, lifestyle, and developmental experiences of an offender.

The emotional or psychological themes or needs that an offender satisfies when they commit offense behaviors.

Retired homicide detective Robert Keppel, renowned for investigating serial killers Ted Bundy and Gary Ridgway has written widely on criminal profiling and signature behavior analysis. In 2002 I was fortunate enough to hear him speak at a forensic science conference in Atlanta.

Entitled "A signature analysis of the eight Whitechapel murders attributed to Jack the Ripper in 1888" Robert Keppel's presentation sought to explain the processes involved in linking murder cases through Modus Operandi and signature.

The reason I want to include it here is that I remember thinking at the time, and still do, that it provides an excellent way of showing how the MO and signature differ in terms of what they tell you about a particular crime. The following information is taken from Keppel’s abstract in the conference proceedings.


He attacked white female prostitutes in their 40’s in a cluster of victims within a short distance of each other. The first four victims Mary Nichols, Annie Chapman, Elizabeth Stride and Catherine Eddowes were killed and found outdoors in the Whitechapel area; then he changed his MO by killing and leaving the fifth victim Mary Kelly, indoors.

By choosing to murder Kelly indoors, the killer demonstrated that he was an experienced night time cat burglar and stalker, as he attacked all his victims in the early morning hours when dawn was approaching.


Remember this relates to what the Ripper did over and above what was necessary to commit the crime – it transcends the MO.

Each victim was posed in a sexually degrading position, intentionally left that way so the discovery of the bodies would startle the people who found them. They were not concealed or hidden away, but placed in locations where they would be easily discovered.

The placing of the victims on their back, grotesquely laid out with their throats cut and viscera exposed or missing, reflect the cruel reality of the killer, his total mastery over their bodies. The pleasure for the killer was demonstrating each victims vulnerability.

Incidentally Keppel does not believe that all the murders attributed to Jack the ripper where in fact carried out by him. He claims that in the case of three of his alleged victims there were fundamental differences in the signature of the crimes. However, there is no doubt that like his fellow writers on the topic Keppel firmly believes that signature behavior represents a real and intrinsic part of the offender’s personality.

"Hidden among the evidence, often gleaned from the marks and wounds on the victim’s body…these signatures are the only ways the killer truly expresses himself."


I’m sure you’ve all watched a film or TV series where a detective at a crime scene asks "What’s the MO?". MO stands for Modus Operandi and it literally means way of working and it’s what an offender does in order to carry out a crime.

For example, a burglar who always uses a glass cutter to gain access to a house is demonstrating an aspect of his or her MO or way of working. From an investigative point of view analysis of the offenders MO can be used to link cases at crime scenes, however, a major stumbling block is that an offenders MO (way of working) can change.

When attempting to link cases, the M.O. has great significance. A critical step in crime scene analysis is the resulting correlation that connects cases due to similarities in M.O. But, what causes an offender to use a certain M.O.? What circumstances shape the M.O.? Is the M.O. static or dynamic?

Unfortunately, investigators make a serious error by placing too much significance on the M.O. when linking crimes. For example, a novice burglar shatters a locked basement window to gain access to a house. Fearing that the sound of a window breaking will attract attention, he rushes in his search for valuables. Later, during subsequent crimes, he brings tools to force open locks, which will minimize the noise. This allows him more time to commit the crimes and to obtain a more profitable haul.

As shown, the burglar refined his breaking-and-entering techniques to lower the risk of apprehension and to increase profits. This demonstrates that the M.O. is a learned behavior that is dynamic and malleable. Developed over time, the M.O. continuously evolves as offenders gain experience and confidence. Incarceration usually impacts on the future M.O’s of offenders, especially career criminals. Offenders refine their M.O’s as they learn from the mistakes that lead to their arrests.

I’ve highlighted key words above to emphasize the idea that criminal profiling is driven in part by the notion that you can never guarantee that a serial offender will exhibit a consistent MO. Hence the reason for the criminal profiling school of thought that you must analyze behavior that transcends the MO, i.e. innate, static and rigid behaviour that fundamentally remains the same over time.

This behavior relates to the things offenders are psychologically compelled to do over and above what it takes to commit the crime, and in the world of criminal profiling it is known as signature behavior.


Assuming you accept the notion that profiling makes it possible to elicit a behavioral signature, what do you have to do to pick up on these psychological clues? And what do you do with this information once you have it?

The best way to think about these questions is to look at the traditional criminal profiling methodology employed by the FBI. So what do they do?

Put simply the investigative team work through a series of systematic stages.

The first stage involves collecting as much crime related information as possible, autopsy reports, photographs of the crime scene and deceased, essentially anything that is likely to indicate what happened, how it happened and why it happened.

Armed with the information from stage one the next step involves determining whether the crime in question can be located within a number of behavioral classifications. The FBI developed their own manual of classifications and it functions along the same lines as the system used to classify mental illness. In essence you have a checklist of signs and symptoms and if these are sufficiently present within a particular case the offender will be assigned that classification.

The principal aim of stage three is to piece together the chain of events before, during and after the commission of a crime. Essentially the profiler wants to reconstruct the crime from the perspective of both the victim and the offender.

Having assessed and consolidated the information from the previous stages the profiler is now in a position to hypothesize about the type of person who committed the crime. The preliminary description will usually include details relating to the suspects sex, age, race, occupational skills, IQ, social interests, mental health status and family background.

There are two main ways in which profiling is used to assist an investigation. Firstly a detailed written report is made available to the investigating team so that they can concentrate their efforts on suspects who appear to match the profile. The aim is to generate a reliable profile of the person who’s committed the unsolved crime so that the subsequent investigative effort is much more focused. Now this may seem like an obvious point but arguably the greatest strength of profiling is that it has the potential to minimize information overload.

So what exactly do I mean by information overload? Well to give you two examples, in the US the search for the "green river killer" (Gary Ridgway) in Seattle generated 18,000 possible suspects and a single TV appeal generated 3500 tip-offs. Even more staggering was the Yorkshire Ripper inquiry in the UK which generated 268,000 named suspects and involved the police conducting 27,000 house visits.

The second way in which criminal profiling is traditionally employed within an investigation follows the arrest of a prime suspect, when the psychological aspects of the profile can be used to help develop and inform appropriate interviewing strategies.

You can read the previous articles in the criminal profiling series via the following links.