The History of Forensic Psychology


It's important to know about the history of forensic psychology because as with any other discipline, it didn't develop in a vacuum; and you need to have some sense of the moral, social and political attitudes that helped shaped its identity.

That branch of applied psychology which is concerned with the collection, examination and presentation of evidence for judicial purposes. (Haward 1981)

And note that If you adopt this definition you are stating categorically that Forensic Psychology relates to:

The provision of psychological information for the purpose of facilitating a legal decision. (Blackburn 1996)


Historical Support For This Definition


The first recorded example of a psychologist acting as an expert witness in a court of law was in 1896 when Albert Von Schrenk-Notzing testified at the trial of a man accused of murdering three women.

Drawing on research into memory and suggestibility he argued that pre-trial publicity meant that witnesses could not distinguish between what they actually saw and what had been reported in the press. A perceptual error coined retroactive memory falsification.

Now what amazed me about this case, is that over a hundred years later the same issues are still being debated. For instance, a very similar argument concerning pre-trial publicity was raised during the trial of the infamous mass murderer Dr Harold Shipman.

Dr Harold Shipman was a highly respected general (medical) practitioner who became the world's most prolific serial killer. The exact number of patients he murdered may never be known but conservative estimates but the figure between 200 and 300. 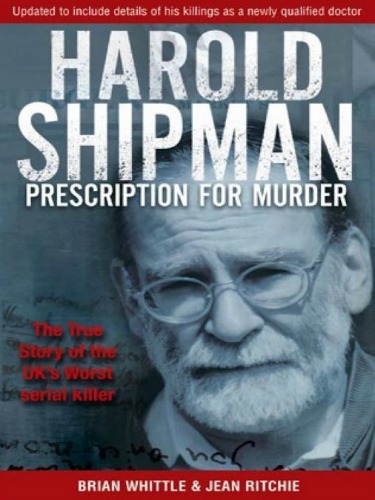 Historical Influence 1: Medicine and the Law


The history of forensic medicine i.e. applying medical science to legal questions has a long and intriguing past. A few notable examples include the following:

What these examples tell us is that the legal system embraces medical expertise.


Some of the earliest references to the criminally insane can be found in Roman law, which by and large advocated leniency, maintaining that madness was a punishment in itself.

The issue of madness and criminal responsibility was being debated as far back as the 13th century with prominent writers of the time arguing that the 'will to harm' must be evident within a crime and the lack of such a will among the mad excused them of responsibility.

As soon as society began to engage with the idea that madness negated criminal responsibility, the study of mental illness within a forensic context was inevitable.

In 1603 Sir Edward Coke maintained that the madman 'did not know what he did', and as such did not actually display any criminal intent.

This was important because form this point 'insanity' was judged exclusively in cognitive terms; namely did the accused know that what they were doing was wrong?

An early example of how this was encapsulated within the legal system is the wild beast test (1724) which stated that individuals exhibiting actions more like animal reflexes rather than moral choice were said not to be responsible for the crime they committed.

As a result of a number of high profile cases additional criteria for judging criminal responsibility came into play e.g. being able to distinguish between good and evil. In time this criteria became an independent measure of madness and juries had the option to find the accused not guilty by reason of insanity.


So what does medicine and the law & historical perceptions of insanity have to do with the history of forensic psychology?

Well, as demonstrated above, historically the legal system has embraced medical expertise, so it’s not really surprising, therefore, that legal issues relating to madness and insanity continue to be examined within a medical framework; hence the adoption of terms such as ‘disease’ of the mind and mental ‘illness’.

Now when you add into the equation that the history of forensic psychology as a unique discipline is a relatively short one, it’s not difficult to understand why it has struggled to promote a clear identify for itself, and why it is often construed as the poor relation of medical and psychiatric opinion.

Now this isn’t just conjecture or sour grapes because it’s not that long ago that psychologists’ in the UK were by definition subservient to medical practitioners. The National Health Service Act of 1946 provided medical officers with the services of psychologists’ and part of this service involved issues within a forensic context.

Now because of the elevated status of medical opinion within the legal system psychological opinions or findings simply formed part of a medical report or a medical expert’s testimony.

Psychologists were not best pleased with this, not least when they felt that the medical expert had misrepresented or failed to understand what the psychologist had said or concluded. Which if you think about it could have serious repercussions within a criminal trial.

The main point I want you to take from this discussion is that because of developments within medicine, mental illness and the law, the history of forensic psychology, in particular its unique forensic contribution has been somewhat obscured.

A great way to showcase this unique contribution, however, is to learn about the work of key historical figures and you can do just that via the following link.