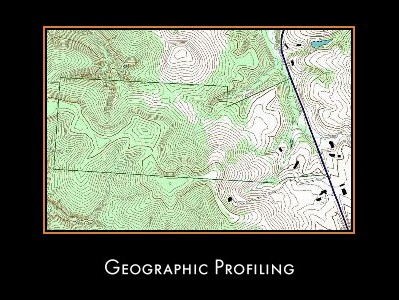 
Geographic profiling is an information management system and investigative methodology that evaluates the locations of connected serial crimes to determine the most probable area of offender residence.

It can be applied in cases of serial murder, rape, arson, robbery and bombings.


The name most closely associated with geographical profiling is Kim Rossmo.

Rossmo began studying geographical-profiling as part of his PhD studies at Simon Fraser University (British Columbia, Canada), where he studied under professors Paul and Patricia Brentingham who had developed a theoretical crime model which examined where crimes were most likely to happen, based on offender residence, workplace and leisure activity.

The Brentingham model suggests that we all have an 'activity space' related to the areas in which we live, work and play and that this activity space produces a discernible pattern of movement around the city.

In relation to criminal activity, therefore, it follows that an offender has to know about a particular geographical area before he or she begins selecting crimes to commit; and where the offenders movement patterns intersect within this geographical area, will to a large extent determine where the crime takes place.

Rossmo noted that the Brentingham model was examined primarily in relation to crime prevention and was interested in approaching the topic from the opposite perspective i.e. asking the question, what does the location of a crime say about where the offender might live?

Acknowledging the potential investigative use of this research the Vancouver Police Department established the world's first Geographic-Profiling Section in 1995. Since it's launch, Scotland Yard, The FBI, The New York Police Department and The Royal Canadian Mounted Police have all called upon the services of the geographic profiling section.


How Does Geographical Profiling Work?


Geographic profiling works on the premise that the location of a crime site can provide the police with vital information. It assesses and predicts the offender’s most likely place of residence, place of work, social venues and travel routes etc. It consists of both quantitative (objective) scientific geographic techniques and qualitative (subjective) components e.g. a reconstruction and interpretation of the offender’s mental map.

The primary geographic technique is a computerized system known as Criminal Geographic Targeting (CGT). Put simply, spatial data i.e. data relating to time, distance and movement to and from the crime scenes is analyzed to produce a three-dimensional model known as a jeopardy surface. 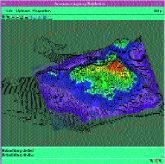 The jeopardy surface contains height and color probability codes which when superimposed onto a map of the area in which the serial crimes have been committed give an indication of the likelihood of offender residence or place of work.

Although the science underpinning geographic-profiling can be difficult to comprehend, it’s easy to see how this approach can offer practical assistance in the course of a criminal investigation.

As Rossmo points out:

By establishing the probability of the offender residing in various areas and displaying those results on a map, police efforts to apprehend criminals can be assisted. This information allows police departments to focus their investigative efforts, geographically prioritise suspects, and concentrate patrol efforts in those zones where the criminal predator is likely to be active. 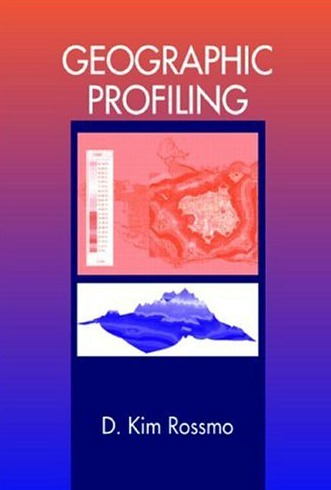 As any police officer who has ever walked a beat or worked a crime scene knows, the street has its hot spots, patterns, and rhythms: drug dealers work their markets, prostitutes stroll their favorite corners, and burglars hit their favorite neighborhoods. But putting all the geographic information together in cases of serial violent crime (murder, rape, arson, bombing, and robbery) is highly challenging. Just ask the homicide detectives of the Los Angeles Police Department who hunted the Hillside Stranglers, or law enforcement officers in Louisiana who tracked the brutal South Side rapist.

Geographic-Profiling introduces and explains this cutting-edge investigative methodology in-depth. Used to analyze the locations of a connected series of crimes to determine the most likely area of offender residence, geographic profiling allows investigators and law enforcement officers to more effectively manage information and focus their investigations.

This extensive and exhaustive work explains geographic profiling theories and principles, and includes an extensive review of the literature and research in the areas of criminal profiling, forensic behavioral science, serial violent crime, environmental criminology, and the geography of crime. For investigators and police officers deployed in the field, as well as criminal analysts, Geographic Profiling is a "must have" reference. See following link for more details: