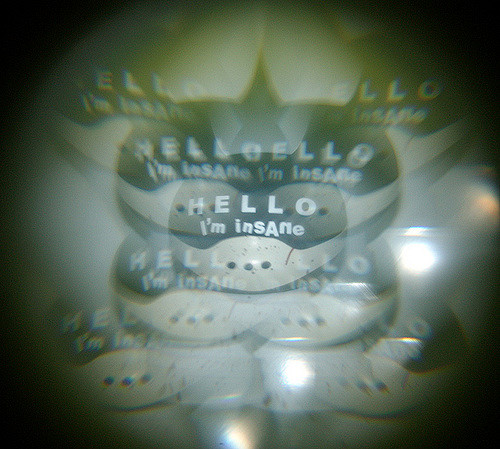 
Some of the earliest references to the criminally insane can be found in Roman law, which by and large advocated leniency, maintaining that madness was a punishment in itself. The issue of madness and criminal responsibility was being debated as far back as the 13th century with prominent writers of the time arguing that the 'will to harm' must be evident within a crime and the lack of such a will among the mad excused them of responsibility.

As soon as society began to engage with the idea that madness negated criminal responsibility, the study of mental illness within a forensic context was inevitable.

In 1603 Sir Edward Coke maintained that the madman 'did not know what he did', and as such did not actually display any criminal intent. This was important because form this point ‘insanity’ was judged exclusively in cognitive terms; namely did the accused know that what they were doing was wrong?

An early example of how this was encapsulated within the legal system is the wild beast test (1724) which stated that individuals exhibiting actions more like animal reflexes rather than moral choice were said not to be responsible for the crime they committed.

'Totally deprived of his understanding and memory and doth not know what he is doing, no more than an infant, than a brute, or a wild beast.'

As a result of a number of high profile cases additional criteria for judging criminal responsibility came into play e.g. being able to distinguish between good and evil. In time this criteria became an independent measure of madness and juries had the option to find the accused not guilty by reason of insanity.

A key historical landmark in the legal relationship between insanity and responsibility can be traced back to the 20th January 1843 when Daniel M'Naghten shot and killed Edmund Drummond, the private secretary of British Prime Minister Sir Robert Peel; mistakenly thinking Drummond was Peel, his intended target.

In a landmark legal ruling M'Naghten was found not guilty of murder on the grounds that his delusional mental state rendered him incapable of knowing that what he was doing was wrong. This enduring legal precedent within the insanity defense became known as the 'The M'Naghten Rules.'

(Note: The correct spelling of M'Naghten's surname is the subject of much debate and is sometimes documented as McNaughton, McNaughten or McNaughtan.)


As part of their role within the legal system - in particular assessing criminal responsibility - a forensic psychologist may be asked to determine whether an accused individual can legitimately claim insanity as part of their defense.

As with other areas within the remit of the forensic psychologist, the insanity defense is often misrepresented and over stated in the popular media, which in turn has resulted in a skewed perception among the general public.

It's also worth noting that should a defendant be found not guilty on the basis of insanity, they are likely to spend more time confined to a mental institution, than a sane individual in jail who has been convicted of a similar crime.

Also contradicting the notion that the insanity defense is an easily exploitable legal loop hole are the major provisions of the Insanity-Defense Reform Act of 1984. Signed into law on October 12, 1984, this was the first comprehensive Federal legislation governing the insanity defense and the disposition of individuals suffering from a mental disease or defect who are involved in the criminal justice system. The more significant provisions of the act were that it:

1. Significantly modified the standard for insanity previously applied in the Federal courts.

2. Placed the burden of proof on the defendant to establish the defense by clear and convincing evidence.

3. Limited the scope of expert testimony on ultimate legal issues.

4. Eliminated the defense of diminished capacity.

5. Created a special verdict of "not guilty only by reason of insanity," which triggers a commitment proceeding.

6. Provided for Federal commitment of persons who become insane after having been found guilty or while serving a Federal prison sentence.


The United States Code is a consolidation and codification by subject matter of the general and permanent laws of the United States. The following information in relation to insanity is taken from the 2011 edition.

(b) Special Verdict.—If the issue of insanity is raised by notice as provided in Rule 12.2 of the Federal Rules of Criminal Procedure on motion of the defendant or of the attorney for the Government, or on the court's own motion, the jury shall be instructed to find, or, in the event of a nonjury trial, the court shall find the defendant-

(3) not guilty only by reason of insanity.

1984—Pub. L. 98–473 amended section generally, substituting "Determination of the existence of insanity at the time of the offense" for "Retransfer upon recovery" in section catchline, and substituting provisions relating to motion for pretrial psychiatric or psychological examination, and special verdict, for provisions relating to retransfer to a penal or correctional institution upon recovery of an inmate of the United States hospital for defective delinquents.


Learn More About The Insanity Defense


In 1998, the Washington post published a series of very informative articles on the insanity defense which you read via the following links.

The Insanity Defense: A Closer Look

Salvi Convicted of Murder in Shootings

Court: Insanity Defense Not a Right

Drawing a Clear Line Between Criminals and the Criminally Insane

The insanity defense is one of the oldest fixtures of the Anglo-American legal tradition. Though it is available to people charged with virtually any crime, and is often employed without controversy, homicide defendants who raise the insanity defense are often viewed by the public and even the legal system as trying to get away with murder. Often it seems that legal result of an insanity defense is unpredictable, and is determined not by the defendants mental state, but by their lawyers and psychologists influence.

From the thousands of murder cases in which defendants have claimed insanity, Doctor Ewing has chosen ten of the most influential and widely varied. Some were successful in their insanity plea, while others were rejected. Some of the defendants remain household names years after the fact, like Jack Ruby, while others were never nationally publicized. Regardless of the circumstances, each case considered here was extremely controversial, hotly contested, and relied heavily on lengthy testimony by expert psychologists and psychiatrists. Several of them played a major role in shaping the criminal justice system as we know it today.

In this book, Ewing skillfully conveys the psychological and legal drama of each case, while providing important and fresh professional insights. For the legal or psychological professional, as well as the interested reader, Insanity will take you into the minds of some of the most incomprehensible murderers of our age.

Insanity: Murder, Madness, and the Law