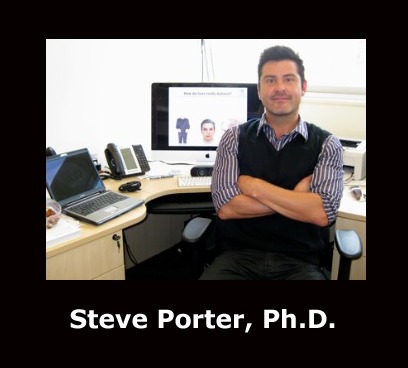 Dr. Stephen Porter is currently an academic and consultant in the area of psychology and law. A professor of Psychology at the University of British Columbia-Okanagan, he is the Founding Director of the Centre for the Advancement of Psychological Science & Law (CAPSL) in Canada. Dr. Porter has published numerous scholarly articles on deception, psychopaths and violent behaviour, and forensic aspects of memory.

As a registered forensic psychologist, Dr. Porter is qualified as an expert witness in various areas, including "dangerousness and risk for violence" and "memory and the factors involved in credibility assessments." He is regularly consulted by police in unsolved crime investigations and provides training to law enforcement, mental health professional groups, human resources, government agencies, journalists, trial judges, and other adjudicators.

My three main professionals’ roles are as a scientist, consulting forensic psychologist, and speaker/trainer. My website is intended to give an overview of my endeavours in each of these areas and how they are related - I rely heavily on science in my work as a consultant and in developing my seminars. Also, there is information on media coverage of our work and links to my awesome team of behavioural analysts, staff and students!

What made you pursue a career in detecting deception?

Two reasons. First, I have always been fascinated by how people “read” one another and how we unconsciously communicate covert information in our speech, body language, and facial expressions. I have an interest in how this communication “arms race” developed through evolution.

Secondly, before becoming an academic I was a prison psychologist and let’s say I was duped once or twice! I decided to embark on a major study of the strategies people use to detect lies and the way in which deception is actually communicated by liar. In particular, I became interested in 'high-stakes lies' and we recently completed the most comprehensive study in this area to date. This work informs my training seminars in deception detection which is one of my most rewarding professional activities.

What effect does a defendant’s appearance have on legal decision making?

It has an extremely powerful but largely unconscious effect. Part of my deception seminars focuses on the natural biases that we bring to the table in trying to detect lies. In reality, it’s not only defendants but anyone we meet for the first time! The brain decides on a stranger’s trustworthiness and attractiveness in milliseconds, and this affects the way that we perceive any new information about the person in the near future.

This can work in either direction. We find that a nasty person who happens to have a "trustworthy"-looking face can easily win the trust of others and effectively prey on them financially, sexually, or violently. Think Bernie Madoff and his sympathetic-looking "grandfather" face. On the other hand, jurors perceive a defendant who happens to be "untrustworthy" looking as being deceptive on the stand. They then require less evidence to convict and are less willing to exonerate the person when DNA shows someone else did the crime. Research in the U.S. shows that stereotypically Black defendants are more likely (than other Black defendants in similar cases) to be given the death sentence.

What are 'high stakes' lies? 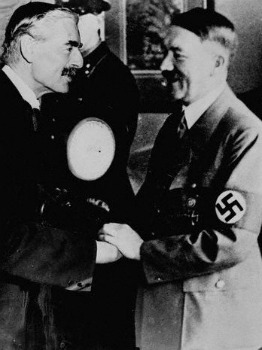 'High-stakes' lies are those of extreme consequence both for the liar and the target of the lie. In one’s personal life this would include lying to conceal infidelity, for example. I’ve been interested in lies occurring in the contexts of crime, terrorism, governments, and business/corporations. Unlike everyday white lies, most high-stakes lies are accompanied by powerful emotions – fear, remorse, anger, or even excitement – that must be hidden and/or faked in a convincing way. Consider the would-be terrorist, smiling and chatting politely with airport staff while secretly feeling intense hatred and contempt towards his intended targets, and perhaps fear of discovery and/or death. Or the husband publicly pleading for the safe return of his wife who, in reality, he has murdered. Each of these liars must monitor his/her body language, facial expressions, and stories while dealing with an awareness of the potent consequences of getting caught. And in many cases a failure to spot such lies can lead to catastrophe. Think Prime Minister Neville Chamberlain believing Hitler’s face-to-face promise that he would not invade Czechoslovakia. Scout’s honour! Our recent international study clearly shows the ways in which such deceivers unconsciously betray themselves in their facial expressions and speech to the keen observer.

(Click Here to read some of Dr. Porter's published research)

Is there any way of differentiating between truthful and fabricated memories?

We've done some work in the area of false memories for entire events. Under the right (or wrong) circumstances, people are extremely suggestible. To our surprise, we’ve managed to implant memories for even emotional events such as being attacked by an animal, car accidents, medical procedures, and other traumas. My Ph.D. student Julia Shaw and I just completed a study in which we examined whether we could falsely convince people in videotaped interviews that they had committed a violent crime five years earlier. We haven’t submitted it for publication yet but I will say that we were astonished at the proportion of subjects who developed false memories – and gave false confessions – for a crime they had not committed. The problem is that such memories tend to become “real” memories with time and there is little to differentiate the two. It’s much easier to differentiate deceptive and truthful stories if you have the right tools

How does having an adept understanding of lie catching affect your private life?

If I told you I’d have to kill you. Let’s just say I used to get invited to poker games.

Are there any similarities or differences between laboratory studies of deception and actual police interviewing?

Yes – huge differences in terms of motivation and consequences. We know that higher motivation levels in liars means more behavioural “leakage”. Among police officers or other professional lie catchers their own high motivation to catch deceivers can help but in some cases impair detection because “tunnel vision” kicks in. These kinds of dynamics are not captured in laboratory studies. This is why we and others are studying actual police interrogations or lies in other “naturalistic” settings, such as family members pleading to the media for the return of a missing relative.

What do your workshops involve?

My half to two-day seminars have focused on areas like deception detection, effective communication and negotiations, and the psychology of psychopathic predators. While differing in content, all are highly interactive and – I hope – entertaining and fun despite the heavy material! They are firmly-evidence based, and include a baseline test of knowledge, an overview of scientific findings, video examples, case examples, and feedback. For example, in the deception workshops, I first have participants decide whether videotaped family pleaders are sincere and test for knowledge of facial expressions. Then we move full-on into how to avoid mistakes with a discussion of the pitfalls and myths of detecting deception, including actual cases. Next, I focus on what works, and we explore each of body language, facial expressions/microexpressions, and statement analysis in detail. We then put it all together in examine how this knowledge has been applied in police investigations in which I’ve been consulted. And then practice practice practice with more real cases. And then the final test!