You’ve Seen it on TV – But What is the Insanity Defence? 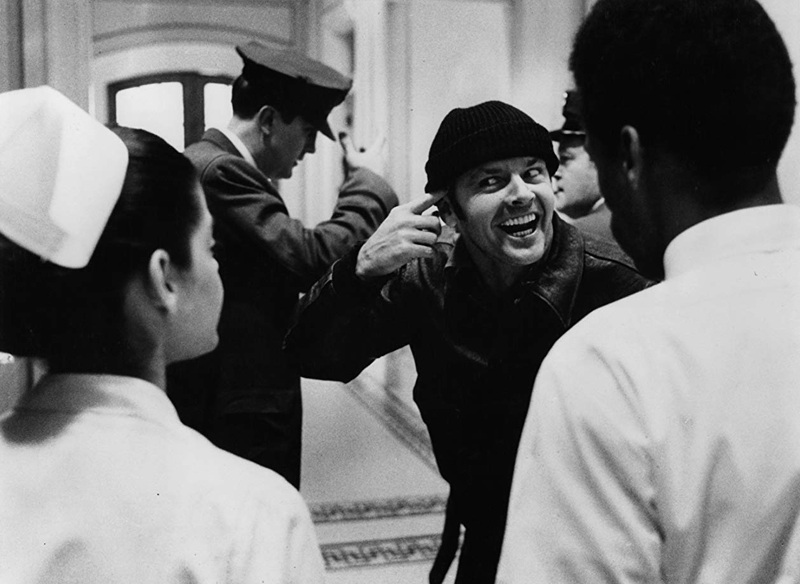 What comes to mind when you hear or read about the “insanity defence”? Are the mental images of people who fake insanity to “get away with murder”? Your ideas might have been formed by films such as One Flew Over the Cuckoo’s Nest (1975) or Judge Dredd (1995) or any number of episodes of crime procedurals such as Law and Order.


Contrary to popular belief and depictions in popular culture, the defence hardly offers lenient alternatives to imprisonment: it carries with it indefinite detention at secure psychiatric facilities and forensic patients may not be released even after their illness is managed for fear of potential dangerousness.


This is why it is almost exclusively raised in cases involving serious violence, such as murder. As Victorian judge Phillip Cummins recently pointed out, the defence is rarely employed and when it is, it is raised in only 1% of felony cases.


How does it work and when is it successful?

In order to find a defendant guilty of a crime, the prosecution must prove the act was committed voluntarily (physical element) and intentionally (mental element). If one of these elements is not satisfied beyond reasonable doubt, the accused is fully acquitted. Outside this framework, the law can exculpate people with mentally illness if they meet one of the criteria set out in the insanity defence.


The second prong of the defence tends to be more commonly used than the other two: that the defendant could not distinguish right from wrong. So under which circumstances may the defence be established?


A 2003 report by the Victorian Law Reform Commission shows that all of the cases in which the defence was successful involved offenders who had been psychotic at the time of the crime.

It is difficult to decide whether depression can impair one’s appreciation of the wrongness of an act such that it mitigates culpability. This can be due to a number of factors.


Psychiatric opinions on this matter are conflicting. If there is no consensus amongst expert witnesses in relation to whether depression can cause legal insanity, jury members may feel that definitive conclusions about this link cannot be made.


Further, the public’s familiarity with depression may influence courts’ and juries’ willingness to accept it as a sufficient basis for excusing culpability. Depression is perceived to be experienced by “anyone” and psychosocially induced rather than biologically.


It is seen as an aspect of the human condition. As such, sufferers are perceived to be well able to discern right from wrong and control their conduct. Such perceptions and trivialisations may affect the way juries reach their verdict.


On the other hand, psychotic disorders characterised by delusions and hallucinations impair perceptions of reality and, as such, seem to be accepted as also impairing the ability to distinguish right from wrong.


In 2010, I interviewed Victoria’s Chief Crown Prosecutor Gavin Silbert and three defence lawyers about when the defence is employed successfully. Their views explain why depression may not qualify. Silbert observed:

I’m not sure depression does qualify really because… you’ve got ordinary people sitting on a jury… and they’ve got a familiarity with depression. I mean psychosis and schizophrenia are a little bit more difficult to come to terms with unless they’ve had some involvement with it. You need a major psychosis.

The usual ones would be paranoia, schizophrenia, dissociation.

There are particular psychiatric conditions which more readily lead to the conclusion the person is [legally insane]… the most obvious one is psychosis. Where the evidence is strong in relation to psychosis, that will readily lead to a [successful] defence. One of the difficult barriers is that of depression … [it] is not readily perceived as amounting to a mental illness sufficient to lead to a successful defence of [insanity].

A clearly diagnosed psychosis such as schizophrenia would clearly qualify.


The reality of the defence

It is important to understand this defence is often an option of last resort rather than a lenient alternative to imprisonment. Depending on the case, a fixed term in prison may be in the offender’s best interest with the prospect of being released, rather than indefinite detention under the findings of the defence.


When it is raised in high profile cases such as Donna Fitchett or Arthur Freeman, media narratives of outrage and sentiments of suspicion within the public follow because of the potential of “fabricating” insanity.


But the defence is very restrictive in who can employ it successfully and carries with it indefinite detention. Importantly, the legislative aim in utilising this defence is so that people who suffer from mental disorders and are legally insane can receive treatment.


This article is republished from The Conversation under a Creative Commons license. Read the original article.

See Following Link To Learn More About The Insanity Defence

Go To The Home Page